In today’s video, CVH discusses the concept of initiative and how it operates in The Elder Scrolls: [...]

CVH goes over the ten Legendaries he thinks you should consider crafting in today’s [...]

Hey everybody, BadW0lfGaming here and today I’m gonna give you guys a rundown of the budget Face Crusader deck (a.k.a. SMOrc City) that I played from the rank [...]

In today’s video, CVH brings you a rundown of ten Epics that he thinks are the highest priority to get your hands on in Legends [...]

From StarCityGames to Alter-Reality Games and a number of other sites, all the way to my first written article here on BetweenTheLanes.net – I’m Corey Milhouse, and you [...]

Welcome to the first installment of the highly-anticipated Between The Lanes Meta Snapshot! Now that the game has been in open beta for around a month and a half, we felt [...]

In today’s video, CoreyMilhouse is back to discuss his take on Scout that he has been streaming recently and taken to top ten [...]

In this video, CVH goes over the deck he got legend with in the September season: Midrange [...] 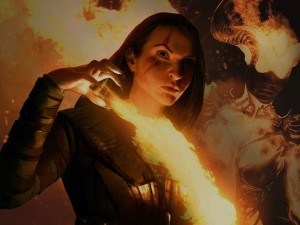 Hey, I am s_l_w from twitch and I want to present you a write-up on a rather unknown archetype: red-blue hybrid [...]