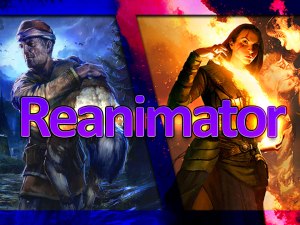 In this video, CVH goes over a Sorcerer deck with a unique twist featuring cards from the Fall of the Dark Brotherhood expansion to take advantage of a stacked discard pile! [...]

Hey everybody, BadW0lfGaming here bringing you another deck feature! Today I’m going to talk about a popular deck that I used to do the bulk of my climbing to legend [...]

Hi. I am pautz, a German TES: Legends player and sometimes also streamer. I began playing TES: Legends in the last days of closed beta, but for several reasons the October [...]

Hey everybody, BadW0lfGaming here bringing you another deck feature! Today we’re going to take a look at a revamp of an older archetype that had somewhat fallen out of [...]

Hey everybody, BadW0lfGaming here! Today I’m bringing you a sweet brew I used to go from rank four to Legend this season. The overall record for the deck on non-legend [...]