Hello everyone! My name is Matt, better known as Blackfall on the ladder of TES: Legends. I have been playing this wonderful game since the early days of the open beta, not [...] 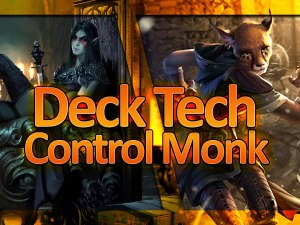 Control Monk is one of the decks I was most excited to test out after Fall of the Dark Brotherhood, and a lot of that is because of Eclipse Baroness. While slow, the Baroness [...]

Hey everybody, BadW0lfGaming here bringing you a deck that I’ve been having a lot of fun and success with on the ladder from a pretty underplayed class: [...]

ACTION_GORDON goes over the card choices in the Pilfer Monk deck he has been using on the ladder in today’s [...]